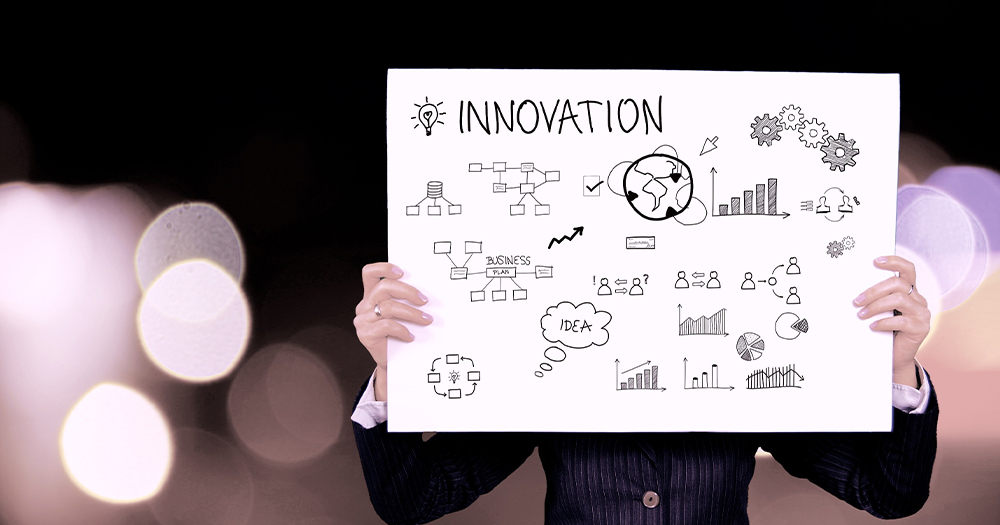 Innovation: Why does Innovation matter?

Around seven years ago I took a long hard look at our business, our products and the Service Desk tools market. I was trying to make sense of why it was progressively getting more difficult to differentiate.  This was a time when there were 100’s of helpdesk and Service Desk tools a customer could choose from, functional requirements were being defined by ITIL rather than customer needs. The infamous “PinkVerify” tools list had expanded from just a few to over 50 vendors and Gartner even retired their IT Service Desk Magic Quadrant citing “lack of innovation” in the industry – so what was happening?

Well the behaviour of the customer changed considerably and to understand why we need to look back a little further. IT organisations were looking to become “ITIL Compatible” or “ITIL Certified”, IT teams were looking for new ways to succeed within their organisations.  The “industry pundits” had done a great job a convincing everyone that ITIL was the magic pill that would solve all the problems that IT were facing. The idea was by adopting ITIL, IT would become less of a reactive “fix it when it breaks” cost centre and more strategically aligned with (and therefore more valuable to) the needs of the business.  However, the reality with what was happening was quite different; Innovation in the consumer space had really taken off – for example, your average person could walk into a computer store, buy a laser printer for not much more than the cost of a weekly shop, take it home plug it in and start printing. Yet at work, the same experience would require lots of paperwork and bureaucratic cost justifications and would require a cost sign-off of ten times as much money to get the printer three weeks later.  As executives started to experience this, they were rightly starting to question the value that IT was bringing to the table.  Another great example of this happening was the initial explosion of BYOD (remember that little nugget), where execs and managers would buy their own iPad or Notebook and use it at work, simply because it was easier than trying to go through IT and the by now established security police.

IT still had a value so it could not just be outsourced (although lots of organisations tried that too) but no one really knew what ITs value was and so the need for IT to prove itself was created.  It is hard for a function that has previously not had to justify itself to suddenly have to demonstrate business value, and for executives it is hard to give direction to IT when it's them who are questioning the value of IT in the first place, so something was needed to fill the void – enter ITIL… It’s a framework, its best practice, its proven and it has been around 20 years, every podcast, pundit and consultant is saying ITIL is the answer and so the direction from the execs down was “Just do ITIL” – and so they did…and the industry created ITIL consulting, training services and vendors created ITIL products to meet that demand.

Of course, history now tells us that the dogma surrounding ITIL ultimately made the situation a lot worse and not better, and when it went wrong and everyone who previously was pro-ITIL was suddenly seeking to disassociate themselves with it, but that outcome is what ultimately killed innovation in the industry, that’s what led Gartner to scrap the MQ for Service Desk tools in 2011.

So what really happened?  Well I am describing this from a vendor perspective; the truth is we lost the ability to innovate. In fact, innovation transformed into “how many ITIL processes can I get certified on PinkVerify." The truth is products were being defined by what the PinkVerify (and other benchmark type reports including the Gartner MQ) set out, and that was almost exclusively NOT what customers actually needed.  Customers had stopped driving innovation because instead of asking for what they actually needed,  their RFI’s and RFP’s were pushed out asking about what ITIL processes your tool supports. To compete in this landscape and win business, vendors behaviour changed too. Instead of differentiating by innovation, vendors would focus on getting more processes into their products and making them more "ITIL compatible". It stopped mattering that there was no innovation because customers stopped demanding it, they wanted ITIL and that was that.  Of course, when customers got their ITIL compatible tool and sent everyone on their ITIL foundation training they could tell their bosses that they are now “doing ITIL” and for a short time there was congratulations and jubilation for all concerned – that was until the same execs with the same consumer experience were not seeing any value improvement from IT. In fact all they were seeing was a big investment in ITIL and nothing really changed – no ROI.

And to make things worse, by this time, while IT was being misled by the dogma of the industry movement that surrounded ITIL, the next wave of innovation had taken hold and was in full flow, once again threatening IT – THE CLOUD (that’s a whole other article).

So back to the question “Why does innovation matter?” The truth is that as consumers, we rarely know what we need until someone has shown it to us. Who knew that we all needed smartphones? But when we see something that can change our work or personal lives for the better, we know it is what we need. Innovation is the thing that makes this happen.

For me and for Hornbill, I looked at where we were and what the industry was doing, and I decided to change things and set a course to transform Hornbill to put innovation in front of everything we do, which meant taking some pretty big and uncomfortable steps.  For a start, we set out plans for a brand-new product that facilitated rapid innovation by enabling continuous deployment so we could push features daily. I changed our organisation by removing old-ways of thinking and behaviours and re-structured to underpin this new approach.  I stopped our organisation being led by the tune of industry reports and benchmarks like PinkVerify or being put into the nicely contained box that the Gartner MQ would impose on our thinking.  Instead I switched our entire focus on what the customer needs to succeed, what can we do to make things better for our customers and the innovation we could drive on behalf of our customers. Now, our product roadmap is defined only by that thinking.

The truth is, to innovate you need to be prepared to do things that not everyone agrees with.  You also need to be prepared to put yourself on the line and to lead and not be led, and you absolutely should to be prepared to fail every now and then too. Of course, to lead you have to have something to say. You need to have good ideas, and in the case of a company like Hornbill, you also need to have extraordinary people to execute on those ideas.  Innovation is important because innovation is simply another manifestation of leadership, and its only leadership that takes people forwards. If leadership is important, then so is innovation.

Gerry founded Hornbill in 1995 and has been responsible for the architecture, design, and planning of the products and technologies that form the core of Hornbill's solutions today.