Innovation: Insanity and the Fear of Change

They say that the definition of insanity is doing the same thing over and over again and expecting different results. If that is indeed the case, you could say that many of the things that we do in our lives are insane. How many people go to work each day in a job that they don't like yet are unwilling to do something about it? The primary reason; fear of change.

My name is Alex Tumber, and I'm part of the development team here at Hornbill. I've been in the Service Management industry now for over 10 years, primary as a consultant but more recently as a developer. I joined Hornbill just over 4 years ago, roughly a year before we brought the current Hornbill platform to market with our flagship application; Service Manager.

Much has changed in that time, of course it has - or actually has it? Well at Hornbill it most definitely has, but looking at the rest of the industry, has it really changed or have I gone completely insane?! At the recent Service Desk & IT Support show in London (SITS), my task was to man one of the demo pods that we had on our stand to talk to and demonstrate our offering to prospective customers. Normally I don't leave our stand throughout the duration of the 2-day event but this year I decided to have a look around to see what our competitors are doing, more out of curiosity than anything, and I have to say I was pretty shocked to see what was out there...

A huge part of what we are doing at Hornbill involves 'innovation' and thinking about things differently to others. Things that are so engrained in our industry and culture for that matter have much less relevance at Hornbill than they might do elsewhere. Email for example - I don't use it at work, certainly not for internal communication anyway. All communication is done through the Hornbill Collaboration Platform. Walking around the exhibition and speaking to other vendors about things like upgrades, patches, versions, even their pricing models to be frank - makes me feel old.

I'm currently in the middle of delivering a new Enterprise Project Management application for the Hornbill platform called “Project Manager” which will be ready by the end of Q3/17. We have started using it internally with great success and are busy adding features based on the feedback that we are getting. Yesterday alone, we pushed out 5 new builds of the Project Manager application. Let's just stop and think about that for a second. 5. New. Builds. So what does that mean? Well, firstly it's the primary reason that inspired me to write this blog, but secondly, for those of you who are not familiar with the Hornbill platform, it means 5 upgrades of your application. WTF I hear you say! An upgrade is a project right? An upgrade means downtime and service disruption for end users. An upgrade means full end to end testing. An upgrade means cost which means less of the IT budget can be spent elsewhere on other important things. Well with other vendors, an upgrade most often means these things but like I say, at Hornbill we like to think differently.

Without getting too technical, I'd like to give some insight into the release process for a Hornbill application. It goes something like this:

Think about problems that you've had with your existing service desk application over the years where you've reported a bug or asked for a small change to an existing feature only to be told it might be in the next version. Ok so when is that? In 6 months maybe? Actually, it's over a year away as we won't do the upgrade until next year now due to budgets anyway. Well that's just great, thanks very much for that. Is this all starting to sound a little too familiar? If it is then I'll tell you why; it's because it's insane.

Change can be scary, it really can. Going outside of your comfort zone is daunting for many people however you're never going to progress and improve unless you continue to test yourself and embrace change. That's what we're trying to do every day here at Hornbill. I often think that the world just wasn't ready for what we had to offer only a few short years ago, although I can now honestly say I finally see that people are 'getting it' and that maybe we weren't the ones that were so insane after all!

We're on the start of an amazing journey that's hopefully going to change not just the Service Management industry but the Business Applications industry as a whole which I strongly recommend you join us on. For this developer in particular, it's a true privilege to be part of. 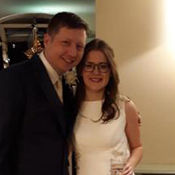